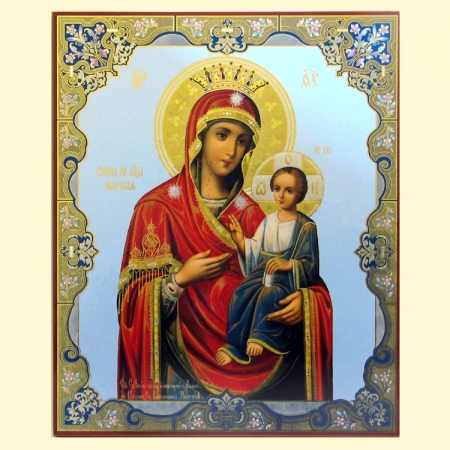 The use and making of icons entered Kievan Rus' following its conversion to Orthodox Christianity in 988 AD. As a general rule, these icons strictly followed models and formulas hallowed by Byzantine art, led from the capital in Constantinople. As time passed, the Russians widened the vocabulary of types and styles far beyond anything found elsewhere in the Orthodox world.

Russian icons are typically paintings on wood, often small, though some in churches and monasteries may be much larger. Some Russian icons were made of copper.  Many religious homes in Russia have icons hanging on the wall in the krasny ugol, the "red" or "beautiful" corner.

There is a rich history and elaborate religious symbolism associated with icons. In Russian churches, the nave is typically separated from the sanctuary by an iconostasis (Russian ikonostas), or icon-screen, a wall of icons with double doors in the centre. 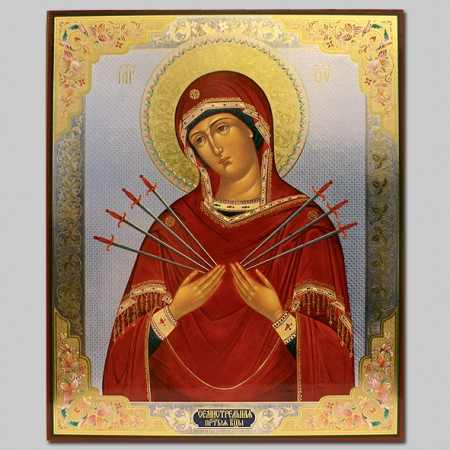 Russians sometimes speak of an icon as having been "written", because in the Russian language (like Greek, but unlike English) the same word (pisat' in Russian) means both to paint and to write. Icons are considered to be the Gospel in paint, and therefore careful attention is paid to ensure that the Gospel is faithfully and accurately conveyed.

Icons considered miraculous were said to "appear." The "appearance" (Russian: yavlenie, явление) of an icon is its supposedly miraculous discovery. "A true icon is one that has 'appeared', a gift from above, one opening the way to the Prototype and able to perform miracles".